Marketing through the generations: Keith Laurence

Time and time again we hear marketers cry the death knell for this and that trend. How many of you have attended events entitled ‘The future of (insert industry marketing here)’ or had your LinkedIn feeds saturated by the next hack that’s going to transform your way of working? Too many of you I bet.

The idea behind this series is to show the enduring principles that can be applied to any marketing strategy. We ask the experts who have literally ‘been there, done that’ to see what you as marketers should really hang your hat on.

First up, Keith Laurence. The now retired Marketing Director worked in the UK, US & South Africa in the 60s, 70s and 80s. And many of the most well-known campaigns from Heinz Beans and Bovril Group (a.k.a. Marmite for us Brits) can be attributed to this man and his team. Read on to find out more…

Can you tell us a little about your career?

I first started in the mid-1950s as a Management Trainee at SH Benson, which at the time was the oldest and biggest marketing agency in the UK. It was second only to J Walter Thompson in the US – both now part of the multinational powerhouse WPP. After some time there, I moved on to become an Account Executive on Shell Oil, Guinness, and Coty Perfumes.

I then moved onto HJ Heinz marketing department where I later became responsible for promoting their beans and pasta range. The slogan, ‘Beanz meanz Heinz’, which we still know and love today, was penned by my colleagues at the ad agency, and a campaign that launched under my watch.

I finally moved to become a Marketing Director at Bovril Group which consisted of the Marmite, Bovril and Ambrosia brands. When Bovril was taken over and assets stripped, I moved to Reckitt & Colman World Food Division before I finally decided to gain experience in the rapidly expanding area of computer technology in business practices and joined Honeywell as a business consultant, focusing on marketing/distribution areas. This was followed by working with companies in Europe, South Africa, and USA to strengthen and widen their presence and included marketing restructuring, new product development, and joint ventures – mainly in food manufacturing fields.

Why do you believe the ‘Beanz meanz Heinz’ campaign is still so well known today?

We had the brand strength to begin with so it had a head start really. I mean, it was a great slogan and we invested heavily in print, poster, television, magazine, press but at the end of the day, it wouldn’t have been successful if we didn’t have the brand that we did behind the campaign.

We were able to leverage a large budget for branding activities so the result was that we commanded a lot of space in both the consumers’ mind and the supermarket shelves. I believe that at the time, we were selling around 1.3 million cans of beans a day in the UK, and now, Heinz has over 5,000 product lines worldwide. This really shows the value behind long-term investment in brand marketing. 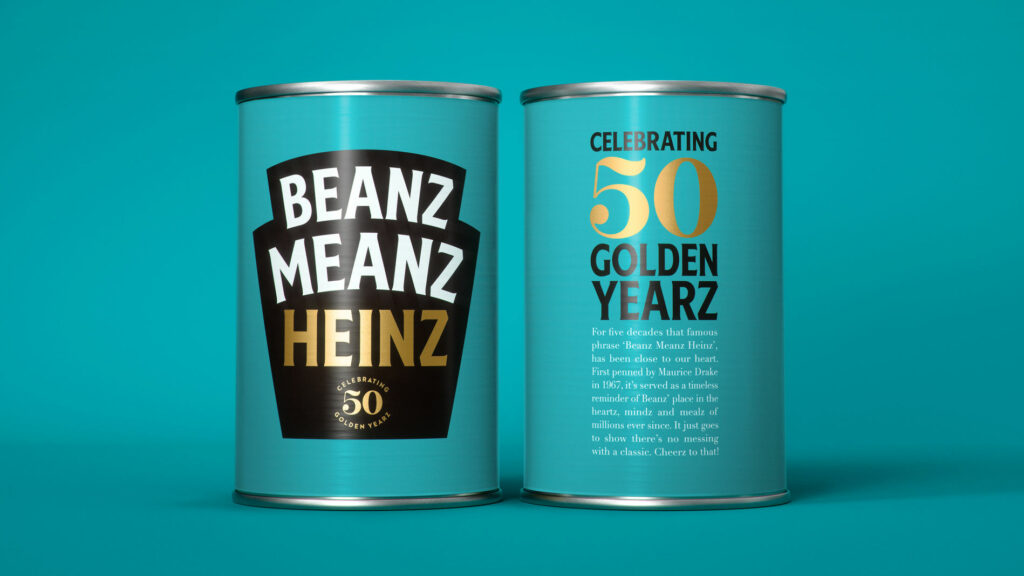 What does marketing mean to you?

There’s nothing new about marketing, man has been marketing since the Stone Age in some form or another. After all, the institute of marketing was founded as long ago as 1911 in the UK. Essentially, it’s creating a product that meets the needs of the consumer and selling or bartering (in the case of the Stone Age) for profit. But the manner in which it has – and is – being done has changed dramatically over the years and is still changing as we speak.

Long ago were the days when companies could sell products that failed to satisfy the true needs of the consumer; whether it be packaging, value for money, product features etc. Today, we recognise the need to have a full coordinated operation in-house, without excessive influence by small empires within the company itself. After all, the consumer is king and that is the ultimate force in product development.

How do you see the role of the marketing department in a business?

In my terms, a marketing department is both the catalyst and the coordinator in a company. Ideas or concepts can come from anywhere. But it’s the marketing department’s role to analyse and create the opportunities, spot gaps in the market and once done, motivate and coordinate the efforts of the company to achieve the end goals. Success means the creation of a product that meets the needs of the consumer and achieves a return on that investment. If you like, marketing is the hub of the wheel, with the spokes being R&D, production, sales, distribution, finance etc. radiating from it.

Building and maintaining a strong brand name is a key part of the mix. It provides the face of the company and one of the strongest selling points in a salesman’s armoury. It also gives confidence to the consumer in the quality or performance of the product. And in relation to FMCG products, It helps justify shelf space in a supermarket – something that supermarkets have also recognised – which is why they have increasingly strengthened and promoted their own brand.

How has marketing and advertising evolved over the years?

The most significant changes have always resulted from technological development. Prior to the mid-1950s, advertising was heavily focused on print i.e. press, magazines, posters. However, when the first television advert was aired by Unilever in the UK in 1955, the whole balance of media usage started to shift. By the early 60s, television dominated most manufacturers’ budgets and other media provided a supporting role in the main. With the ever-increasing use of digital advertising, a new major option had arrived, which in turn, has increasingly changed advertising weighting. But the fundamental principle remains, to create attention to the product, interest, a desire to purchase and to create action to buy – or AIDA as we termed it.

The exponential growth of technology provides almost instantaneous feedback from the market place which means risk factors and trends can be assessed quickly. Naturally, this has a major impact on both style and nature of marketing.

No longer do we have to wait weeks or even months for survey results. Insights from the marketplace can be fed back into product development and provide insights for the whole company.

Marketing is an ever-changing world – as it should be. It’s a creative, exciting, dynamic discipline and it is one I miss greatly.

What advice would you have for someone in the early stages of their career?

Things have probably changed quite a bit from my day, but I think what will always remain true is that you need a strength of conviction, creativity, and the ability to battle your project through to the finish.

I’m sure it comes as no surprise to many of you that what was discussed here is remarkably similar to your own experience of marketing. Although the attribution models, the algorithms and the click-through rates have become familiar part of the modern marketing toolkit, behind it all, you’ll still find the same formula that has always been: A strong brand and listening to your consumers is key to success.

Follow us on social media to stay in the loop for the next release of ‘marketing through the generations’.

Thanks to Keith Laurence for generously lending his thoughts and time for this article.